A midweek trip to The Museum of the Confederacy in Appomattox put that look at old-time prosthetics in a new light. Here's a display case with the arm worn by Andrew Porter Scott after the Civil War. The label on the exhibit case reads

Andrew Porter Scott enlisted in Company B of the 29th Virginia Infantry in March 1862. He was wounded in the battle of Cold Harbor in June, 1864, and surgeons amputated his left arm. After more than six months in Richmond hospitals, he was retired to do "light duty" with the Reserve Corps and transferred to a hospital in southwest Virginia a month before Appomattox. He lived the remainder of his life in Smith County, Virginia. According to the family, Scott found the prosthesis uncomfortable and left it in the attic, where his grandchildren played with it.

The museum promised regular demonstrations of Civil War medical equipment, but none were scheduled for the day I visited.. 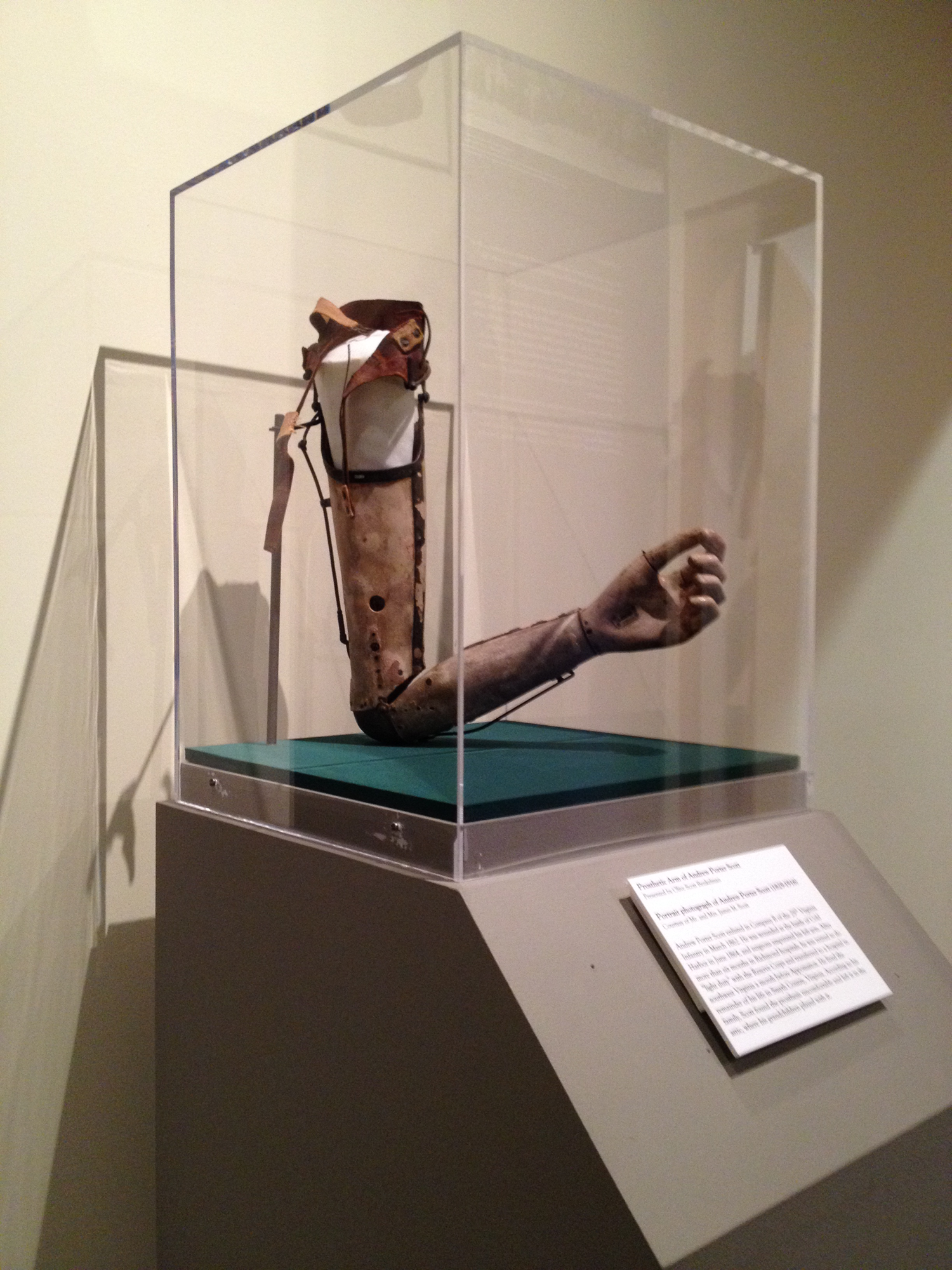 (On second thought, that's not so different from contemporary appliances.)