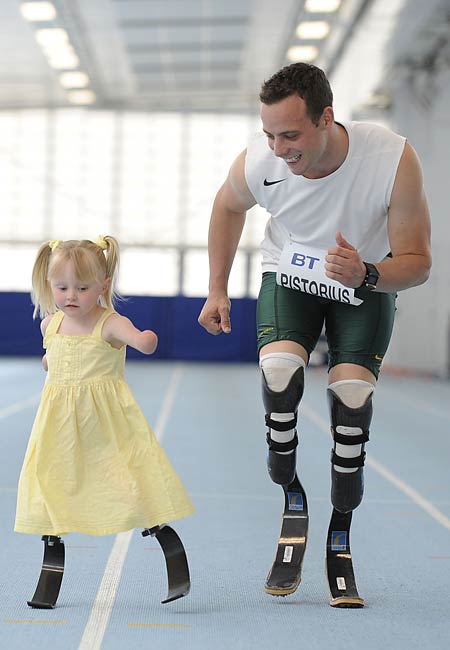 If all of the Olympics were reduced to just this one photo of Oscar Pistorius running with 5-year-old Ellie May Challis, by photographed by Andy Hooper, it would still be a feat of mankind.
via Explore