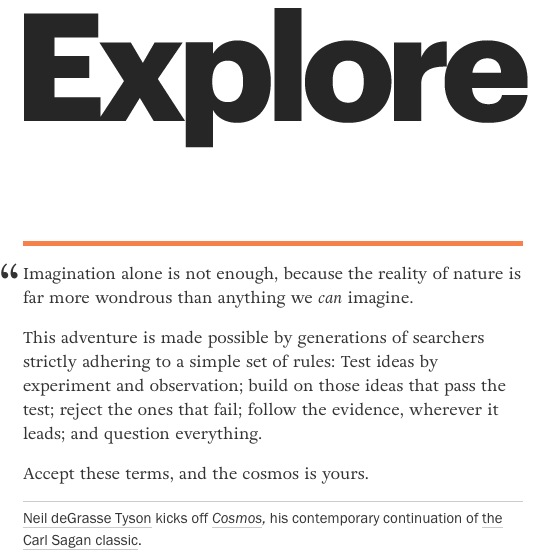 Explore carries on the conversation begun in the Cosmos broadcast yesterday.

.@cosmosontv #Cosmos is cool. "Truth does not change because it is, or is not believed by a majority of people."-Giordano Bruno

The Scientific Method in one minute: Richard Feynman: http://t.co/NWGOSbF7tY via @YouTube

Almost the rule of fifty

At The New York Times, Mo Willems tells how he enlarges his exposure to new kinds of books.

Ulster County takes the I voted sticker one step farther

I think I'll make sure my county supervisor sees this.