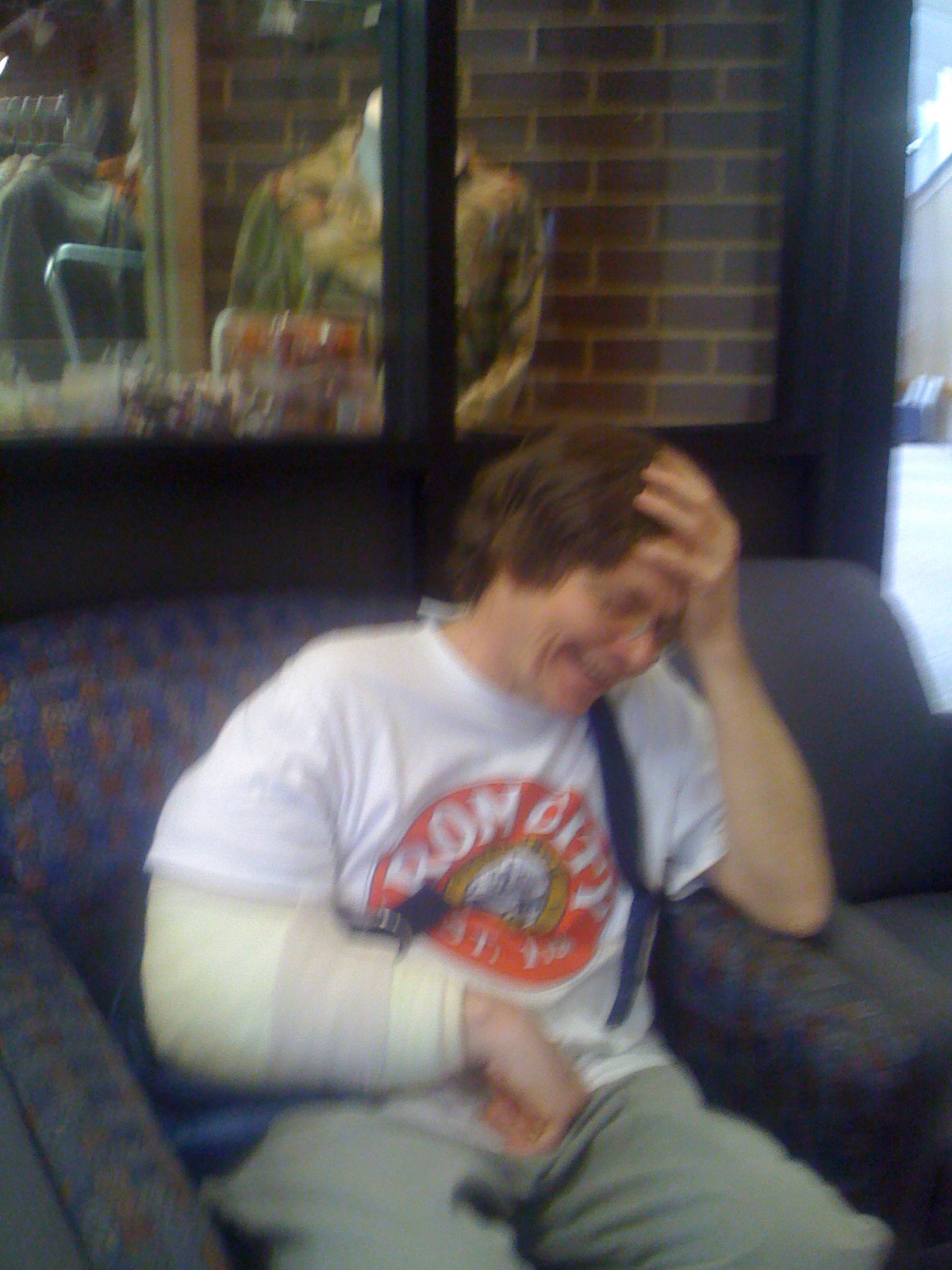 Maybe I should have titled it "Shock of Recognition." I found this image from 2008 yesterday, and it startled me because I had mostly forgotten it. I had started a course of serial casting—a new cast every week with my arm extended to a more open position—to try to combat the tone that contracts my arm. 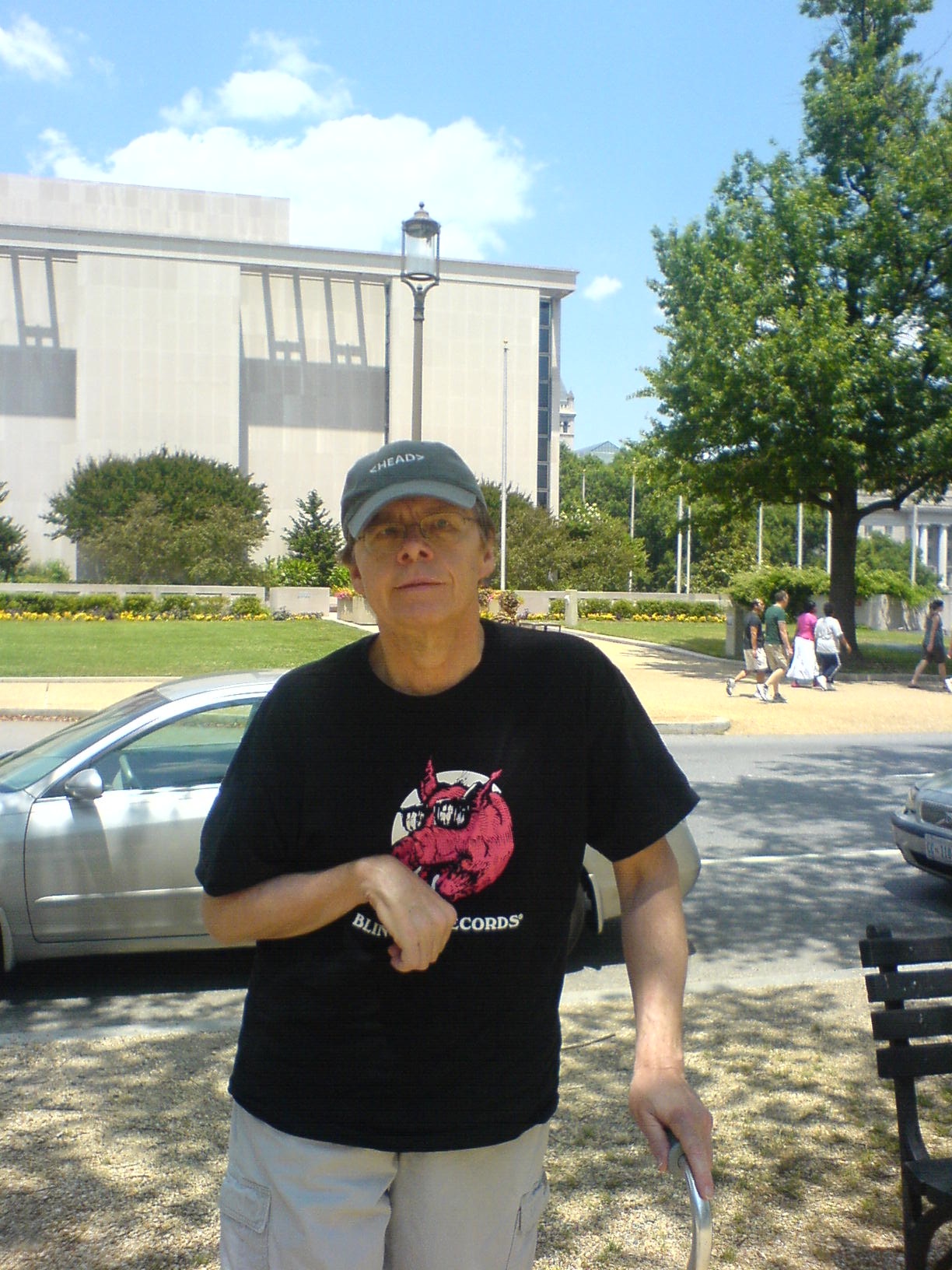 Here's a photo from a few months later—no cast but still pretty contracted. The casting was pretty successful but we had to stop a few weeks later when I got my skin caught in a clamshell cast and developed an infection.

I've moved to a series of other therapies since then.

Hard to forget that I discussed quite a few books with the therapist who was leading the casting in 2008. She was quite a reader. One of the books I was reading at the time was Matt Miller's The Tyranny of Dead Ideas, incidentally the first e-book I read. I still follow Miller on Twitter and keep up with his columns in The Washington Post. I'm interested that he recently announced his candidacy for the congressional seat that Henry Waxman is leaving.